Jon J Muth’s adaptation of Stanislaw Lem’s classic short story, THE SEVENTH VOYAGE, is coming out on 1 October in the Graphix list from Scholastic.

Neil Gaiman calls it ” An extremely funny, beautifully paced story of timey-wimey disaster and attempted rescue –  and the perils of interaction with that most terrible of people – yourself.” 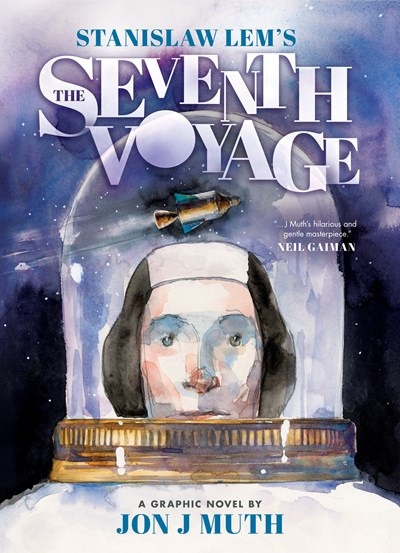 The cover gives a taste of the beautiful illustrations by this Eisner-winning illustrator, and we have the full PDF for those who are interested in the rights (for France, Italy, and Holland, only).