LION, the multi-Oscar-nominated film starring Dev Patel and Nicole Kidman, has just opened in France, and there are posters all over the Métro: 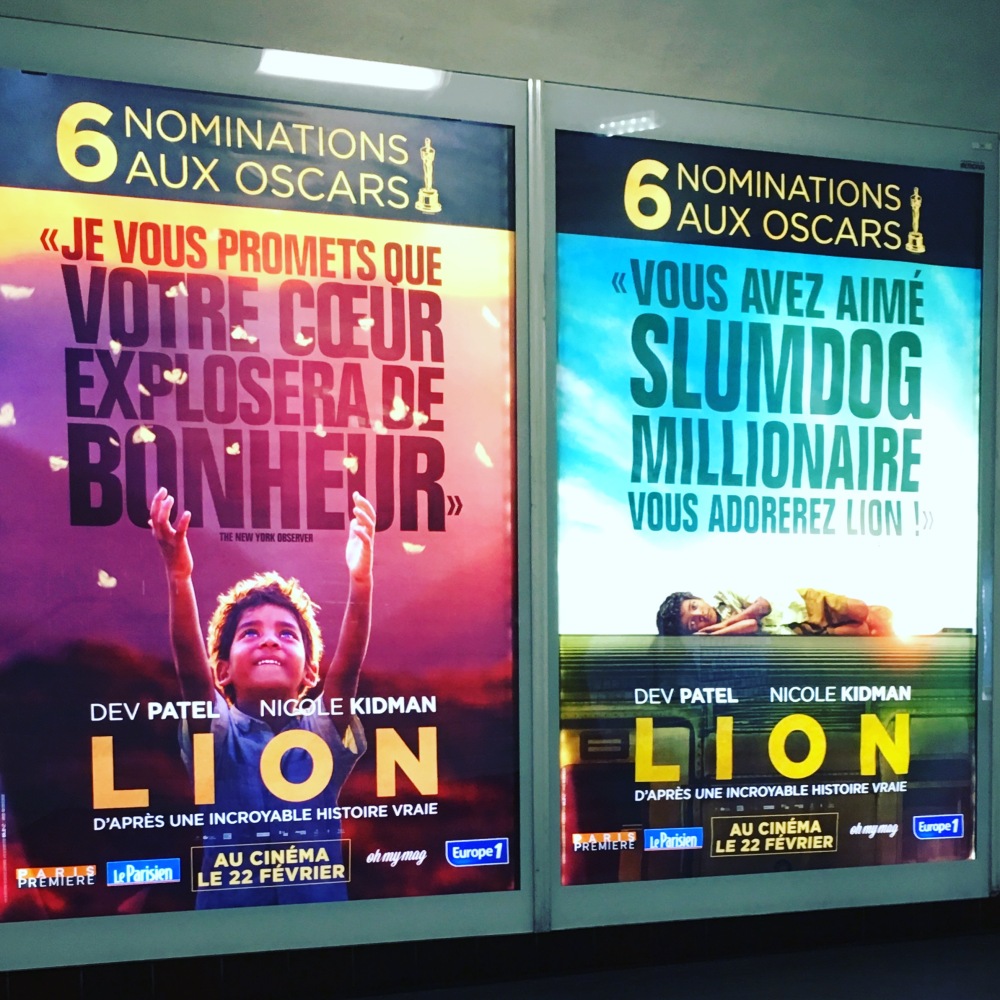 The film is based on Saroo Brierly’s A LONG WAY HOME, his autobiographical account of looking for his Indian family after having been separated from them accidentally and then adopted and raised by an Australian couple.

City éditions published the book in France in 2014 and have now brought out a new edition for the launch of the film. 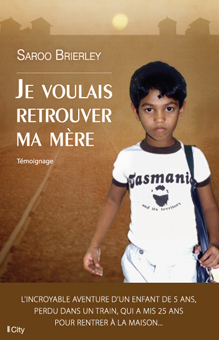 Dev Patel won the British BAFTA award for Best Supporting Actor earlier this month, beating out all the big names! And the script won the  BAFTA for best adaptation. Click here for the full list of the film’s nominations and awards so far.