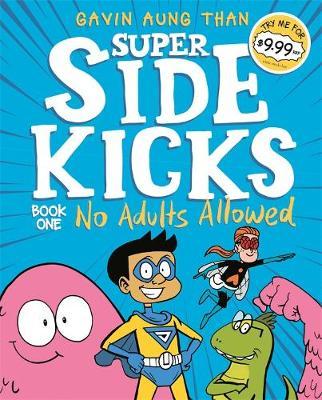 The first book, No Adults Allowed,  only came out in Australia in April, has sold 8500 copies in just over 2 months, and is being reprinted already!

The second book in the series, Super Sidekicks 2: Ocean’s Revenge, is due out in September, with a third, as yet untitled, book is scheduled for March 2020.