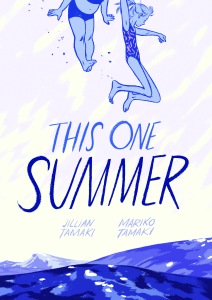 “A slowly unfolding tale of a lazy summer as unforgettable for readers as for the characters in its pages, This One Summer by Mariko Tamaki and Jillian Tamaki has topped our 2014 Critics Poll with six votes. Already a winner of the prestigious Canadian Governor General’s Award, This One Summer was one of the notables in an unusually rich year for comics and graphic novels.

Capturing the endless promise of summer, rendered in a placid indigo ink that mirrors sea and sky, This One Summer follows Rose and Windy, two girls on the cusp of adolescence. Summer at Awago Beach has always been a carefree time, but this year, things will change. Kelly Thompson called the book a “touching, emotionally riveting story of two summertime friends growing steadily apart. Beautiful and subtle work by both writer Mariko Tamaki and artist Jillian Tamaki – cousins who previously collaborated on Skim. However, the visuals are especially powerful. Easily my best read of the year and one that managed to be bittersweet and also hopeful and uplifting at once.” Sam Riedel noted, “The Tamakis released a stunning YA graphic novel this year with ruminations on puberty and sexuality, trauma, first love, and the terrifying transition between childhood and being an adult. Incredible monochrome visuals and a gripping plot make this a standout from a fine crop of young readers’ titles.”

First Second has four other titles on the list, too: Box Brown’s ANDRE THE GIANT, Cory Doctorow and Jen Wang’s IN REAL LIFE, Farel Dalrymple’s THE WRENCHIES and Gene Yang and Sonny Liew’s THE SHADOW HERO. 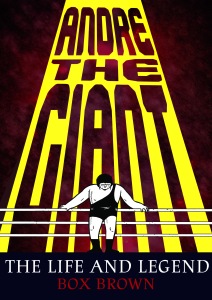 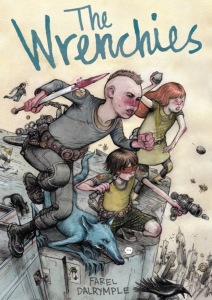 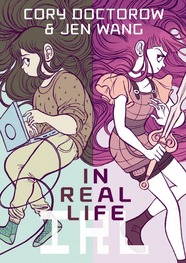