Paul says:
“From an American writer, German illustrator and Australian publisher, set in early 20th-century Hong Kong and Kowloon, and clocking in at over 450 large, ravishingly illuminated pages, this is something extraordinary. Opotowsky’s sparky conversations and occasional observational captions compliment Hoffmeister’s hovering brush-lines and strategic highlights of watercolour washes. As one character observes, “Hong Kong is intimate”, and Nocturne brings you up close to the city’s places and peoples, observing them with detail and sensuality and awakening all your senses. This is only the second in a trilogy, begun with His Dream Of Skyland, and the third and final volume is already underway, being drawn by yet another woman artist. These are graphic novels to be experienced in ink and paper and savoured.”

French rights have already been snapped up Urban China, but all other translation rights are still free.

and the first volume: HIS DREAM OF THE SKYLAND: 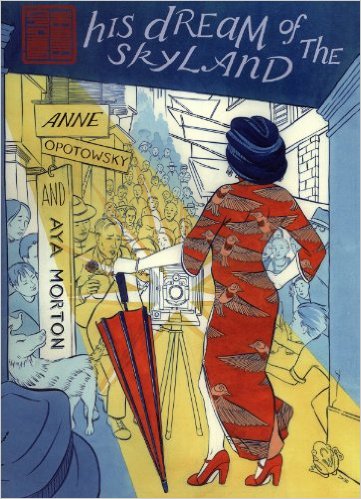 And here is the trailer for HIS DREAM OF THE SKYLAND:

(Three First Second titles are on Paul’s Best North American Graphic Novels list: THE SCULPTOR at number 4, MIKE’S PLACE at number 5, and THE DIVINE at number 10.)